“vakratunda maha kaya surya koti samaprabha nirvighnam kurume deva sarva karyeshu sarvada” Which means Lord Vinayaka is equivalent to Cr’s of sunrays, he always helps us to complete our work without any interruptions, so in order to lead our life with happiness and prosperity we would prefer to worship Lord Vinayaka at the beginning of any Pooja.

Lord Vishnu is worshiped in this Pooja, usually this Pooja is done during sunset and can be performed on any day for any reason. Lord Vishnu is worshiped as an embodiment of truth because of this reason the Pooja is performed on full moon day as on this auspicious occasion we see that our Rajas and Tamo gunas that is passion and darkness are minimum. As stated in the shastras this Pooja is done to improve your health, to overcome financial issues & for successful and healthy progeny. A Pooja performed to worship the supreme god Vishnu in order to improve the health &wealth and to obtain peace of mind. This is one of the sacred texts chanted during the worship of the Divine mother. This is divided into 13 chapters and 700 mantras hence it is called Saptashati. Saptashati is in 3 major parts1.Mahakali 2.Mahalakshmi 3. Maha Sarasvati. Sage Markandeya narrates saptasahati to Kroustaka muni. According to Katyaini tantra each sloka of Durga Saptashati is a powerful Mantra. In every mantra Devi resides. Parayana procedure, kavacha, Argala stotra, Kilaka, Navarnava vidhi, Ratri sukta Mantra trayanyasa to be followed before starting of parayana. Devi says whoever with a concentrated mind shall pray to me constantly with these hymns, I shall undoubtedly put down every trouble of his. Those who read and listen to destruction of Madhu kaitabha, Mahishasura and shumba nisumbha on eigth, fourteenth and on the nine days of the fortnight, nothing wrong will happen to them, no calamities, nor poverty nor separation from beloved ones.

Phalasruti: Those who chant this Durga sapta shati parayana with concentrated mind and listened with devotion they will be blessed with fearlessness, prosperity, children and peace in the family. World will be saved from calamities, contagious diseases, poverty. Enemies perish, welfare accrues and the family rejoices. All great evil influences of planets will be removed. It creates peacefulness in children possessed by the seizures of children (Balagraha dosha).

This parayana should be done for worlds prosperity, world welfare, removal of calamities of world, protection of world from arms race and at the individual level it should be done to remove Doshas, alround welfare, curing of old long standing diseases, curing of contagious diseases, to be blessed with wife, husband and children. For good education to children. For Bhakti and mukti, Moksha prapti. Subha mastu Samasta sanmangalani Bhavantu.

O Devi when you are satisfied you destroy all illness; but when you are wrathful you frustrate all the longed for desires. No calamity befalls men who have sought you. Those who have sought you become verily a refuge for others. This mantra should be recited 108 times daily till all the diseases are removed from the body and mind and 10% of the total japa should be offered in Durga homa. 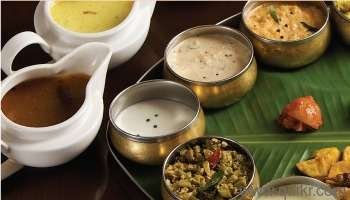